A group of 15 children, ranging in ages from four to twelve, explored the the work of Indonesian artist Hahan and developed artworks that best expressed themselves as an individual. Following a drawing warm up exercise the children planned and created artworks on their own T-shirts. There were opportunities to utiilise different media including fabric pens, fabric paint and screen printing techniques. 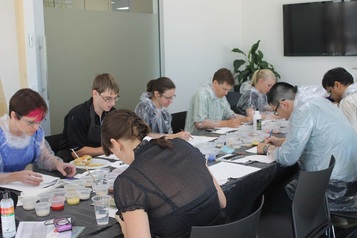 As part of a corporate team building experience, a series of workshops were held with all 40+ staff on location at SKM (Sinclair Knight Merz)  James Street offices in March 2013. Conducted over 4 days (March 18-21) all staff engaged in two activities - a warm up blind drawing exercise to 'see' as an artist sees and an painted peice from a portion of Joan Miro's Harelquin's Carnival. The staff were not told of the final outcome for each of their works and did not know what they were painting. Several paiting techniques were taught in the process.
Tthe final artworks were stretched and formed a composite 'masterpiece' which was installed in the SKM offices. (See below). The blind brawings were made into an Artist book entitled SKM Caricatures and displayed in the foyer of the offices . 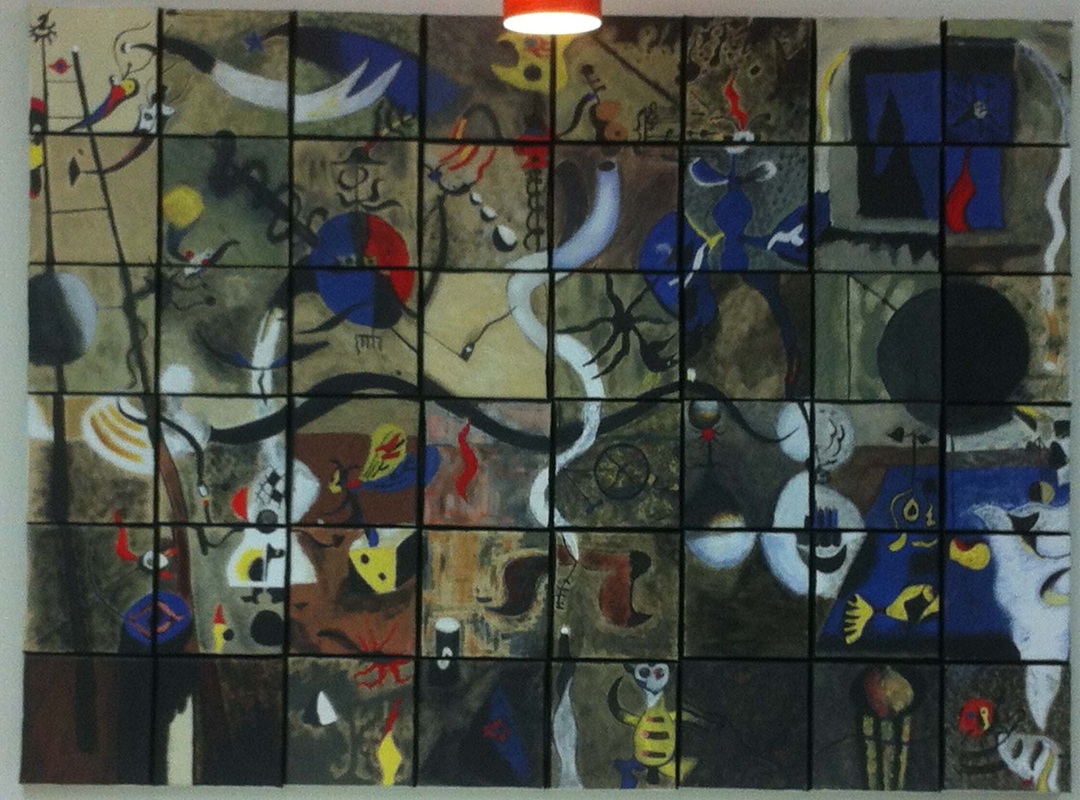 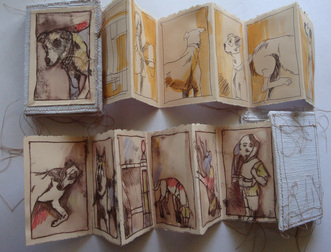 Continuing to examine the elusive notion of memory, the artist is offering a morning of  “putting the hidden on display”, in which the participants will explore the links between past experiences and the present.  Each individual is encouraged to bring in items, such as photographs or mementos, which could be used to translate memories onto paper. Particular emphasis is placed on the special relationship individuals had with their childhood pets.

All basic materials and instruction will be provided, so at the end of the workshop, each participant will have their very own concertina book of images drawn from their memories.

Bookings are essential (via the contact page) as places are limited.
<< back to home